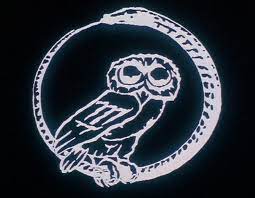 "Owls" was the first of a two-part story that would conclude with "Roosters." In full world building mode, the episode brings to light the split within the Millennium Group. The divide goes back to the group's origins, a debate over how the apocalypse will occur. The Owls believe there will be a disaster brought on by the natural world (secularists), while the Roosters believe it will be a theological event, the return of Christ. Fast paced and never boring, "Owls" borders on narrative incoherence at times, yet takes the series mythology to another level.

The Magoffin of the episode is no less than the actual cross of the crucifixion. In Damascus, there's a shootout over the cross between the Owls and Roosters which inflames the inner turmoil. It's believed that whoever possesses the cross will be invincible - very Raiders of the Lost Ark in concept. In addition, descendants of the Nazis are also involved and seeking the cross, further complicating the group's history with Occultism. Meanwhile, Catherine accepts a counseling job with a company that's apparently a front for Nazis.

Meanwhile, Frank remains suspicious about the group and has another confrontation with Peter, clashing over the Group's increasingly intrusive and secretive methods. Peter expels Lara from the group when he discovers her name on the list of a Rooster.

Between all the cloak and dagger going on, there's a set piece when a group member is assassinated while driving set to America's "Horse with No Name." A cool sequence, but with a character we're completely unfamiliar with so it lacks any emotional impact. Then a fake cross is left with him, adding to the narrative confusion.

"Owls" exemplifies the strengths and weaknesses of Millennium's second season. All the intrigue involving history and mythology seems to anticipate the potboilers of Dan Brown and more unnervingly the mass proliferation of bad historical analysis on shows like Ancient Aliens. Yet the promise of a truly epic story arc yields a steady fascination even though it feels like the main characters are getting lost in all the intricate plotting.

Posted by Eric Gilliland at 6:33 PM